I'm adding my Single Girl to the Blogger's Quilt Festival!  I wanted to make this quilt for quite some time before I actually started on it.  And I'm so glad I went for it! 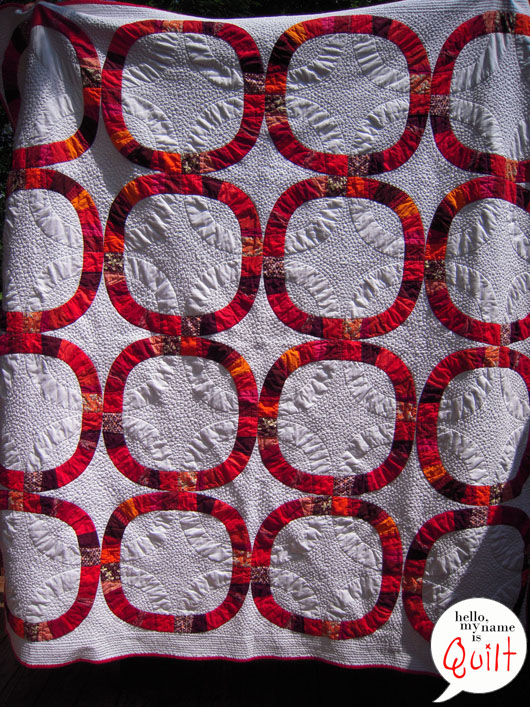 If you're a regular visitor, you might remember it from this post.  And if this is your first time stopping by, then welcome!  Here's a quick recap for ya.

I made this quilt for a dear friend as a wedding gift.  She had been a self-proclaimed "single girl for life"...right up until she got engaged.  I started with the dark purpley-red wine color of the bridesmaids' dresses and expanded into bright reds, orange, and one or two pinks and purples. 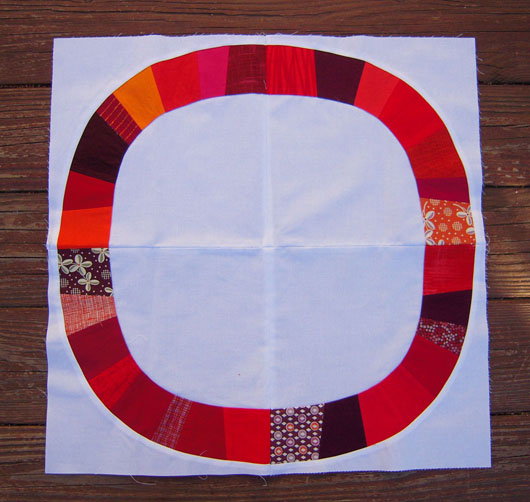 The piecing was a challenge, but the quilting is where I spent most of my energy! (It's also my favorite thing about this quilt!) 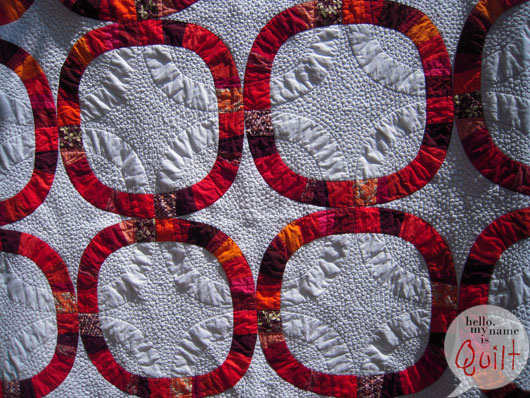 Since my single girl was getting hitched, I used the quilting to transform it into a wedding ring pattern.  It wouldn't have been so bad if I had left myself enough time to pebble an entire quilt.  (But why would I make life easy for myself?)  I spent every spare second working on it and by some miracle, it was finished with a whole 24 hours to spare!
This is one of my greatest achievements to date, second only to the time I single-handedly bathed two dogs and lived to tell the tale.  And in all honesty, if it had been for anyone else I may have kept it for myself, whipped up a quick whole-cloth quilt for the happy couple, and called it fair. But I really love my friend and she really loved the quilt!  Success!!

So here are the final stats:

Thanks again for stopping by and super-extra thanks to Amy for hosting the festival!
Posted by Shannon at 12:00 PM 12 comments:

I spent the last two weeks recovering from Sewing Summit.  If you went this year, then you know...  If you didn't get a chance to go, you should clear your 2013 calendar and start saving your pennies for next year! It was absolutely amazing!  There's only a 2 hour difference between CT and UT, and I didn't even stay up late...but I was wiped out by the time I got home.

I will not possibly be able to convey the awesomeness of Sewing Summit in this post.  And just like any bad blogger, I took almost no pictures.  But here is my random collection of comments in bullet point format. 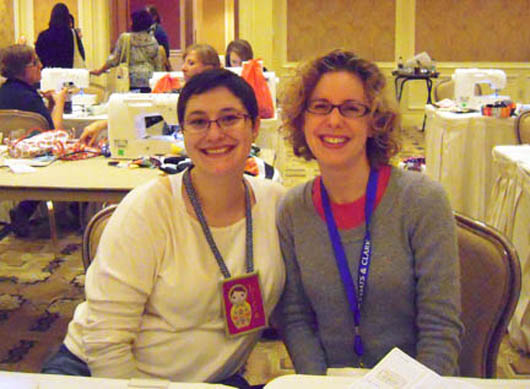 It was so great hanging out and getting to know each other!  And I made a lot of new blog friends while I was there!  I'm pretty sure that even if I didn't take a single class, I would have had an equally amazing experience.  In fact, next year I'll probably leave a few sessions open just to have more time to hang out and chat with people. 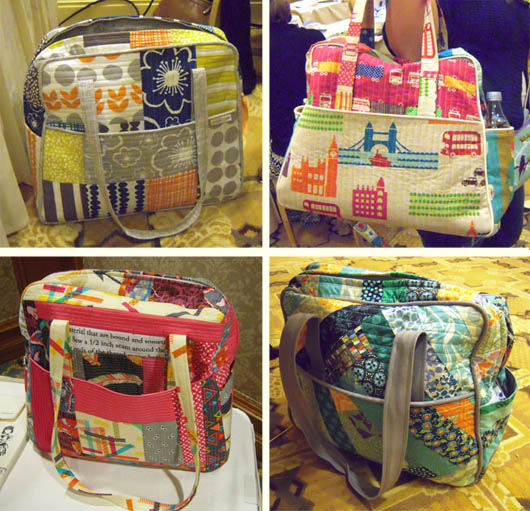 I really didn't know where to start.  Until I saw this one that Marci made... 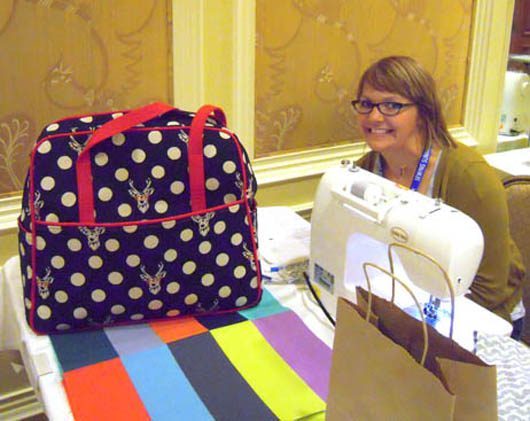 Game over!  That's my bag!  So much awesomeness!  Polka dots...with deer....wearing glasses!  Here's a close-up for ya: 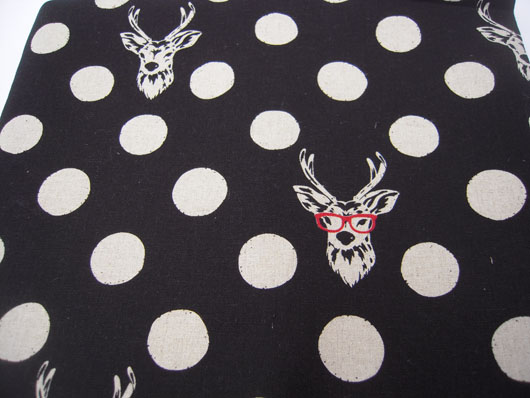 I managed to find some for myself so I'm planning to be a giant copycat and make one just like it! (Also, I'm dying over those stripes she was working on when I took the pic...coordinates for Chicopee...yum!) Anyway, I considered grabbing the bag and running as fast as my legs would carry me, but she was really sweet...it's hard to steal from a nice person, you know?...so I guess I'm going to have to make one for myself. 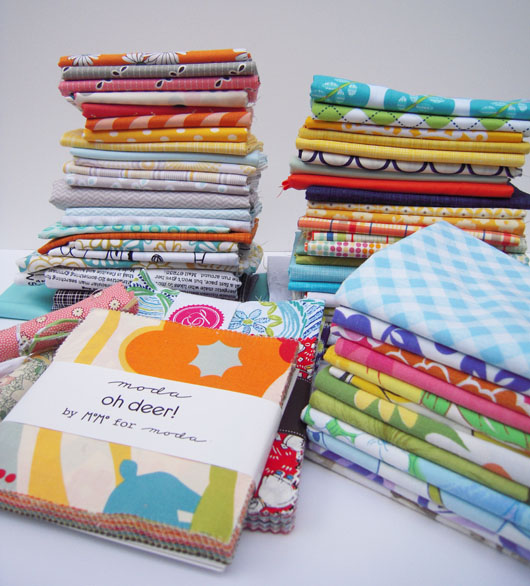 Plus I found some Chicopee corduroy!
I'm going to make myself a skirt...just as soon as I learn how to make a skirt.

It might not look like a TON of stuff, but it would not all fit into a large flat rate box.  Luckily for me, the Sewing Summit staff is awesome and they set up a shipping station so I didn't have to carry it all on my person...(just some of it.)  I love them. 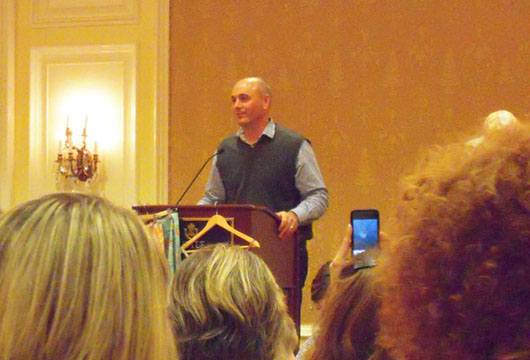 He seriously gave a great talk and answered a bunch of questions and just seemed like an all-around great guy.  Plus we got to take a peek at Notting Hill and he said we could pet it. Ok, he didn't use that word, but obviously that's what he meant.
So that was the super-extra long version.  Here's the short version:  Sewing Summit was awesome. You should go.  See you there next year!

Have you heard the news?

My secret celebrity boyfriend, Joel Dewberry, is going to be the keynote speaker at Sewing Summit!  WHAT?!? 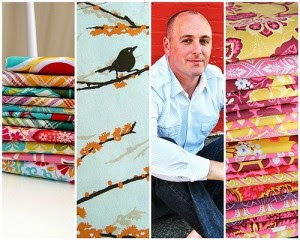 You know who else will be teaching a class?  My secret celebrity homeboy, Quilt Dad.  WHAT?!?

You're probably getting a little nervous that I'll do something to embarrass myself...or become incarcerated....well, fear not.  I'm really good at playing it cool.  (That is a lie.)
Posted by Shannon at 8:34 PM 3 comments: